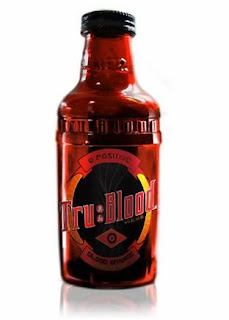 In 2008, HBO created the hit show True Blood, which has since become the most watched show on HBO since the Sopranos. Years before the show, in 2002, TI Beverage Group created True Blood wine, and registered the trademark. TI beverage group must have found it interesting that the HBO program featured a fictional drink called Tru Blood. They weren’t amused, however, when HBO and Hot Topic paired up in 2009 to produce a drink called Tru Blood, based on the show and made from blood oranges. TI’s trademark infringement lawsuit against HBO and Hot Topic was dropped though, after the product was removed from the shelves. The suit was filed again last week, when True Blood began appearing once more at Hot Topic.

The case is reminiscent of recurring trademark litigation involving Duff beer, Homer’s beer of choice on The Simpsons. Over the years, a few different breweries, both in the states and abroad have tried to produce Duff beer, with varying degrees of success. 20th Century Fox and Matt Groening (creator of The Simpsons) have never agreed to license Duff beer, mainly because of concerns that it would encourage underage drinking. All companies that have tried to market Duff have been promptly sued for trademark infringement. The most notable case involves a brewery from Australia that produced about 10,000 cans of Duff before being shut down by 20th Century Fox. From time to time, unopened cans of Australian Duff beer sell for thousands of dollars on Ebay.